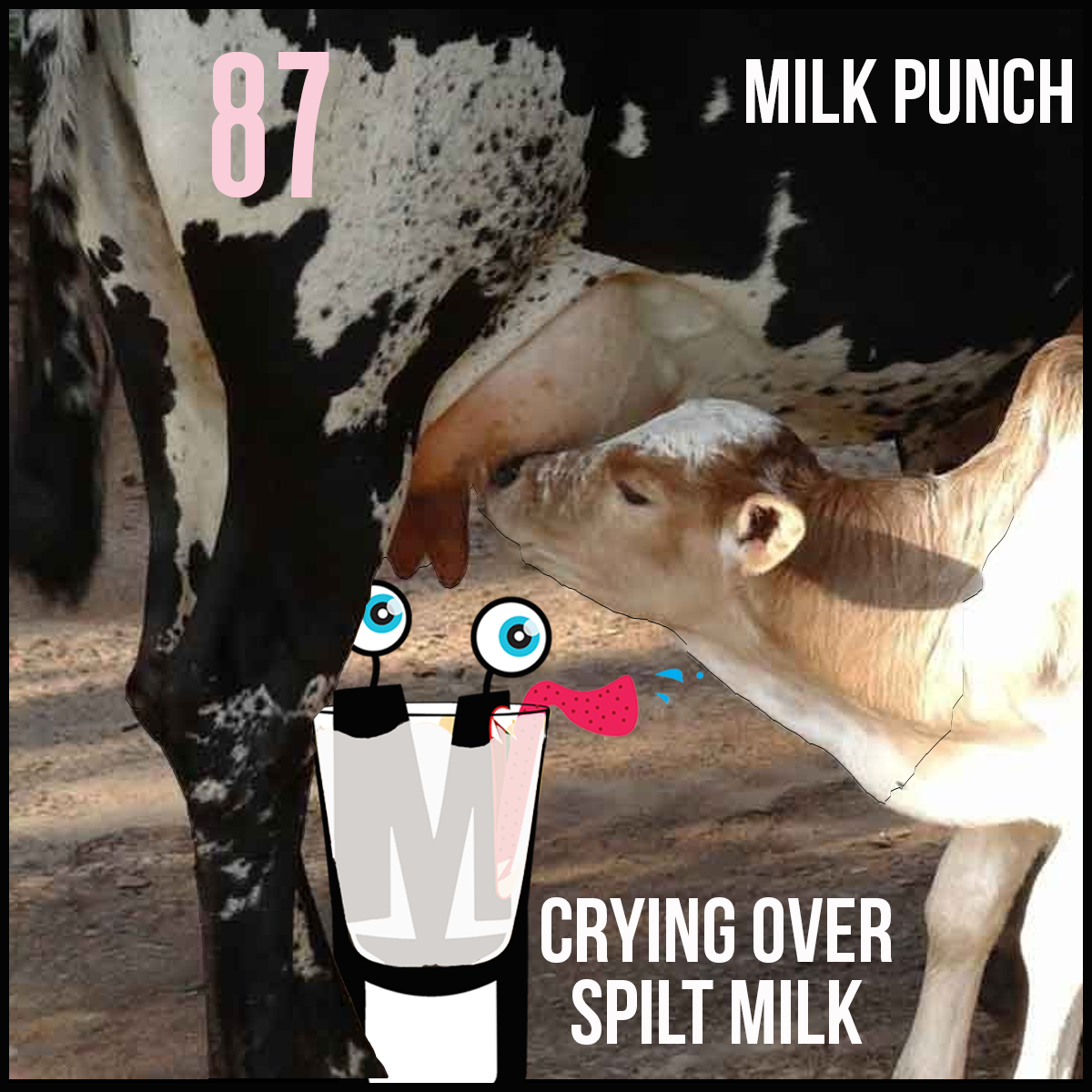 This episode we are talking about Milk Punch, which in newer recipes resembles a boozy milkshake. As the recipes get older, they get, let’s say slightly more unusual. This is the oldest drink that we have covered so far, with origins dating to at least the early 1700s, probably earlier. Going back to these early recipes, we learn about women’s roles as brewers, distillers, wine-makers, and home-doctors during the 17th and 18th centuries.

Join us as we talk a whole lot about milk, like probably more than you ever wanted to hear about it. In addition to combining citrus and milk and pasteurization, we dive into the old-timey medicinal benefits for things like fleas and something called the Pissing Evil. Fair warning, this one gets pretty gross. Like running milk through a hair sieve gross.