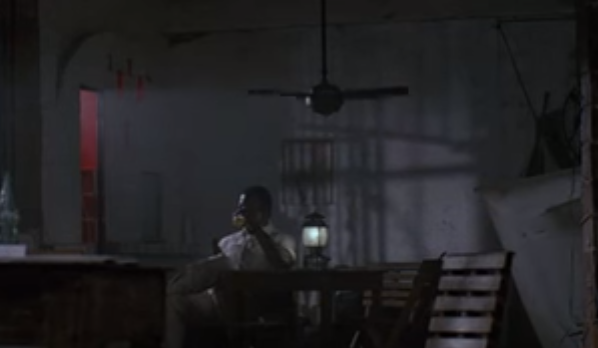 I saw Predator in the theater back in 1987 when it first came out. Since then the storyline has continued and expanded and there is always a Predator alien walking around comic cons…this 30 year old film has stayed relevant for a long time. Watching it again I can see why. The story  hasn’t lost anything over the years. To some extent I think this is because it’s set in a jungle away from cultural markers that would date it. It’s also a “band of brothers” type story. If the characters are believable those stories usually are pretty engaging even if the characters are getting picked off one by one. It’s essentially a Dungeons and Dragons campaign gone horribly wrong.

I wasn’t expecting to see much booze in this film. I was surprised by what there was.