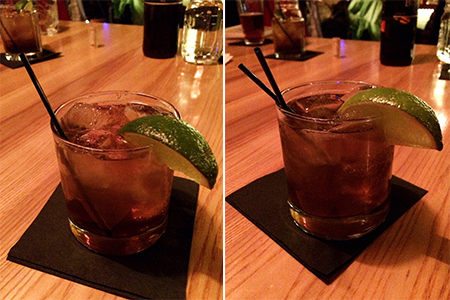 Initially the Cuba Libre episode concerned me because I didn’t think it was going to turn up much. It’s a rum and Coke. You don’t think of it as a cocktail, however, if you consider it, the mix isn’t that far off from a Tom Collins, they’re both long drinks using a lot of a non-alcoholic mixer, so why do we think the Tom Collins joins the classic cocktail family? In some regard, I expect it has to do with age. The Tom Collins goes way back, so in our minds it has greater value than a couple of liquids slopped together in a glass, and the rum and Coke…how old can it be?

This is where we were surprised.

The Cuba Libre goes back to the Spanish-American(-Cuban) war, so essentially 1899. The great thing about this episode is that, even though I did my own supplementary research to discuss the history of Cuba, the cocktail history itself directly told the story of the Cuban Revolution and the American involvement in removing Spain from the island. Jay always does fantastic research, so he was able to tell the story beautifully, looking into military records and accounts to verify the origin story’s accuracy and the unlikely story does appear to be accurate.

The best part of the story describes the rise of American hegemony in the world and its impact in the lives of the people who live with it. The drink was purportedly named by an American serviceman on the eve of victory in Havana, but as it turns out American involvement in freeing the Cubans from the Spanish was really just a land grab and an opportunity for American business interests to absorb Cuban resources. As such, the Cuba Libre isn’t served in the Caribbean. If you want a rum and coke there you have to order La Mentarita which translates as The Little Lie.