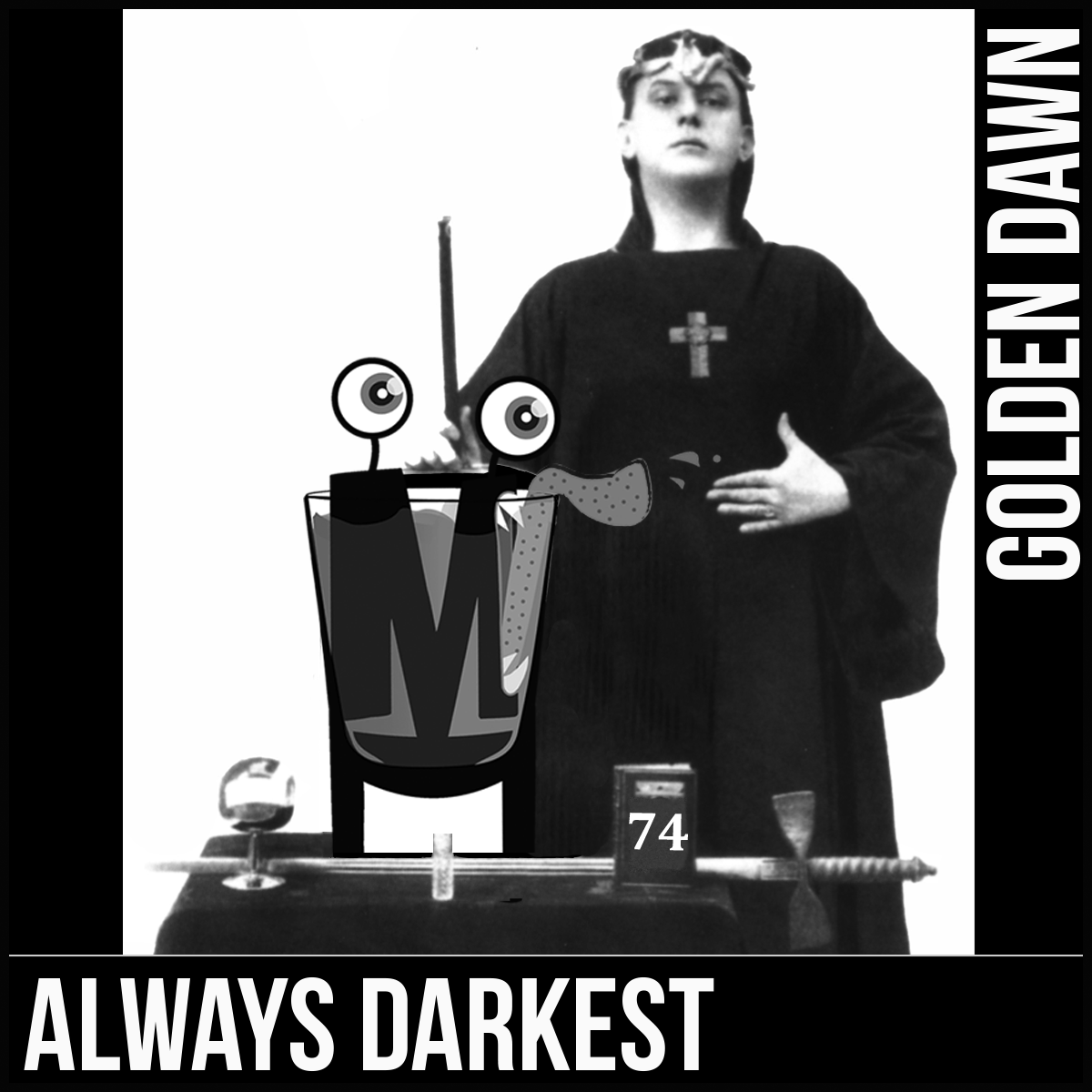 The product of a cocktail competition in London, the Golden Dawn is a boozy drink, almost entirely made up of Calvados, Brandy, and Gin. A newspaper article from 1930 mentions that cocktail purists were not happy with this drink winning the competition, simply because of the addition of fruit juice. We delve into the idea of what a cocktail is and isn’t, where the argument may have started, and why anyone really cares.

Some point to the origin of the name deriving from a Rodgers & Hammerstein operetta, but it most likely received its name from the orange juice and grenadine giving it the color of a sunrise. Since it would be difficult to tackle the history of sunrises, we explore the Hermetic Order of the Golden Dawn, because Golden Dawn.

This spiritualist group largely influenced occultism in the 20th century, had a membership that included a number of well-known people of the time, and was semi-revolutionary for a secret society by allowing women to become members. One of the most notable members was Aleister Crowley, who rose in the ranks quickly, had a falling out with one of the founders of the Golden Dawn, and how the two allegedly engaged in psychic battles for years.

So join us as we discuss this pretty cocktail/not cocktail, as well as magic, mysticism, controlling nature, and Crowley’s goth kid poetry.