Episode 73: Off the Rim – The Brandy Crusta 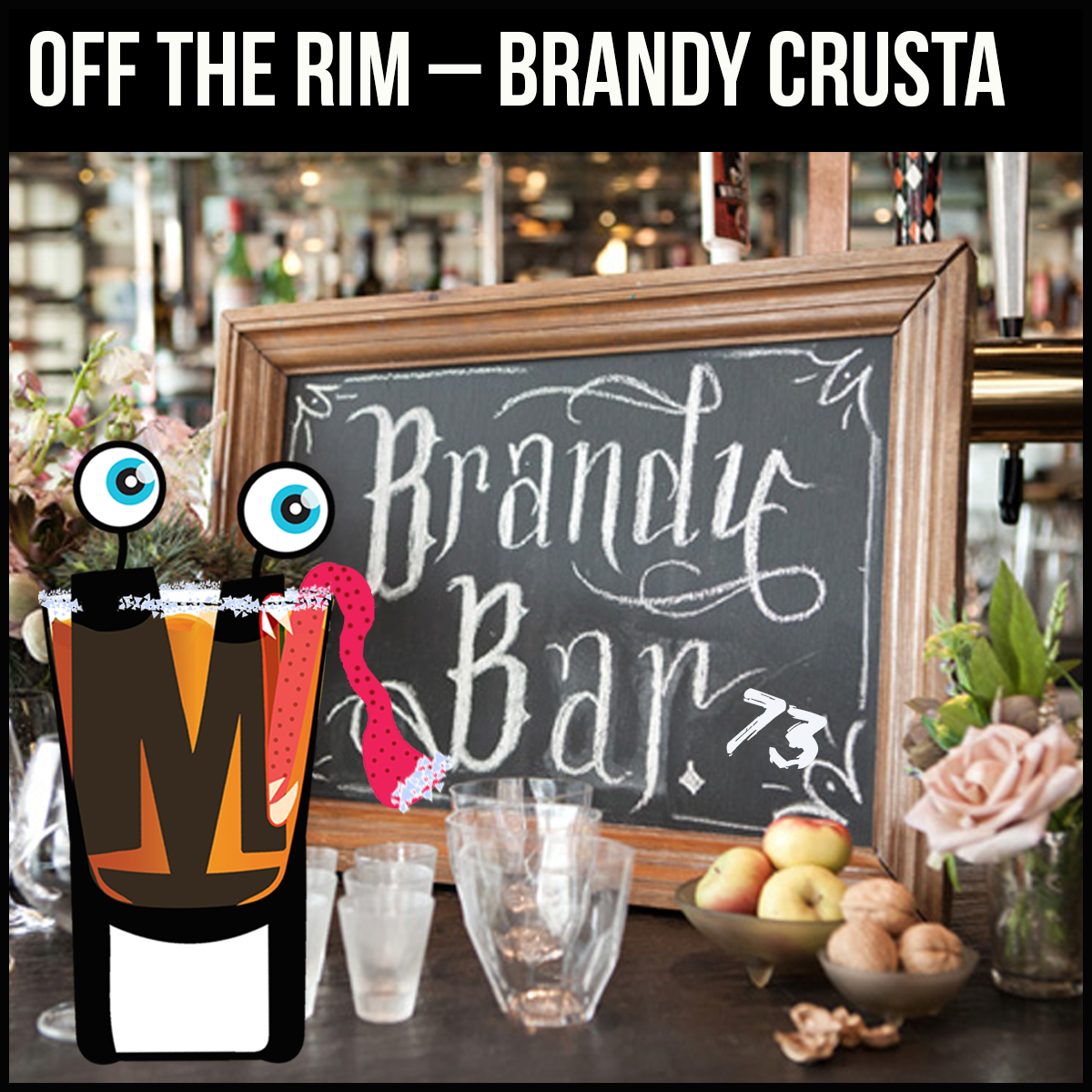 Some say the Brandy Crusta is distinct enough to be considered an entirely different type of drink than a cocktail. Others say it is just a variation on or an evolution of a true cocktail. When it really comes down to it, having this kind of argument is just going to end up with you having a warm drink and a sad face. Going all the way back to the 1840s, this is one of the older drinks we have explored. The basic ingredients of brandy, lemon, lemon peel and the sugar crusted rim seem to stay consistent as time goes on, but the other ingredients start changing almost as soon as it starts showing up in recipe books. Curacao and maraschino liqueur make appearances in different recipes, as does gum syrup and various types of bitters, and hell, throw some fruit in there for good measure!

For once, we have a drink that does not have a dispute over who created. With the great majority of information pointing to Joseph Santini out of New Orleans and no one else claiming ownership, we should be done looking at this one, right? Well, exactly where, when, and why he created it depends on the source. We find that a lot of the details on the origin require some parsing and piecing to get closer to the truth. So we dig deeper into Santini and just what he was doing in mid-19th century New Orleans. Was he a bartender? Bar manager? Café owner? Tobacconist? Wine importer? Yes, probably all of that. And add super-businessman, mason, and reformer who cared a whole lot about New Orleans.

We don’t care if it is a cocktail or not, so join us as we try to nail down the origin story of the Brandy Crusta.