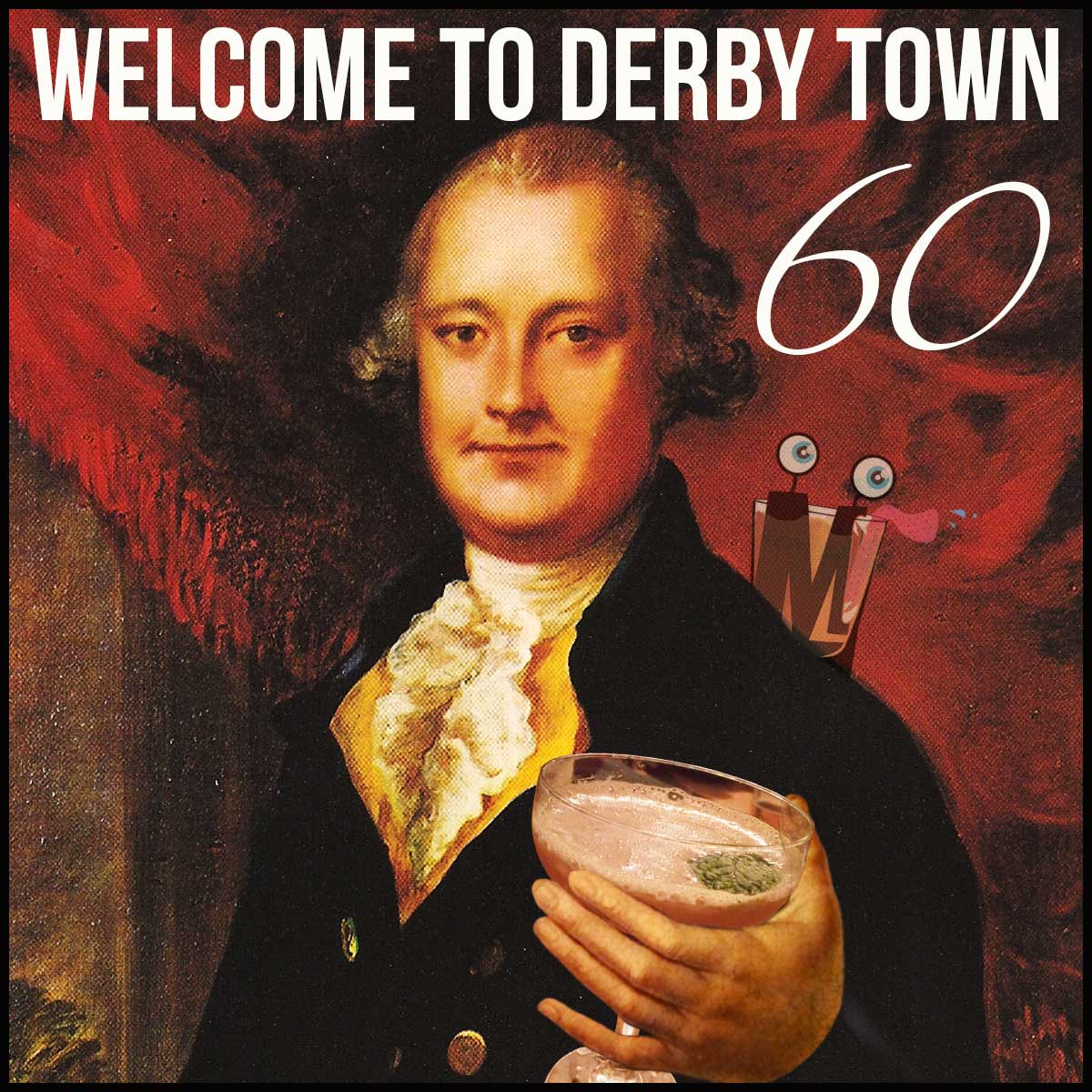 So having done the Mint Julep, what more is there to say about derbies?

We take a look at the Derby Cocktail which poses a few problems when trying to talk history about it. First, there are numerous recipes for Derby Cocktails, and none seem to be related to the others. Second, derby could be referring to any number of things like the Kentucky Derby, derby races, derby hats, Derby, England, or the Derby restaurant. So which is it? All and none!

The many derbies generally have a common source though in Mr. Edward Smith-Stanley, 12th Earl of Derby. He arranged with his chums an annual horse race, and a flip of a coin determined the name. But further investigation into the father of the modern derby revealed steamy courtly intrigues in the lives of 18th century English nobility involving illicit affairs and false gardeners.

Due to the popularity of derbies at the time, it is possible that different versions were created independently in honor of horse racing. Maybe the recipes in print became more well-known, beating out the others. There has to be a winner though, so this is the version we tried:

This cocktail was definitely one of the more challenging ones for me to enjoy.  Kevin and Rachel, both fans of bourbon and lime, thought this cocktail was wonderful. The lime juice was simply too overpowering; all I tasted was lime and for me that is not a good thing.  But I have to admit, trying it gave me a sense of how much citrus juice was appropriate for drinks of that time.