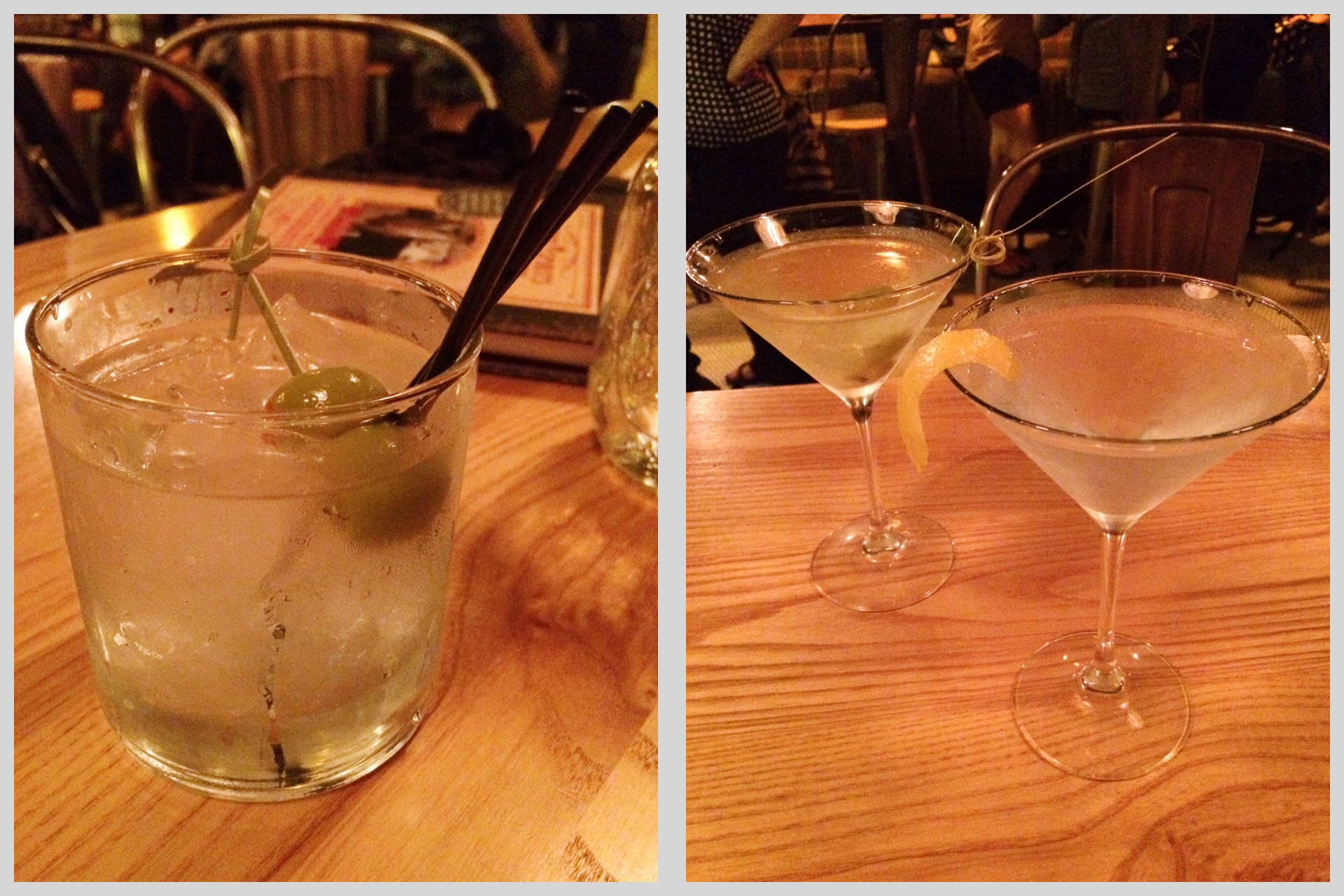 Since we started doing the show we’ve located certain scenarios that cocktail stories frequently follow. As far as we know, the scenario that the Martini follows is unique…no other cocktail has the value to our culture that the Martini has. I like to say that we need the Martini more than it needs us.

What I mean by this is that since its inception, the Martini has undergone many changes and yet we don’t create a new version with a new name or differentiate the versions at all, we just go ahead and call it the same thing and pretend that all of the versions aren’t vastly different cocktails. The Martini started with gin, vermouth, and orange bitters. As time went on the bitters stopped being added. Then the vermouth lessened by degree until it was only a rinse and then eventually just a glass of cold gin. Then in the mid-20th century we see the gin change to vodka and instead of vermouth people start adding lillet or olive juice. All of these iterations are called Martinis. No other cocktail has had as many changes and still keep its name as Martini has.

So we started asking what defines a Martini if it’s not the ingredients. One idea we considered was the olive garnish. A cocktail with olives is often assumed to be a Martini. However, some bartenders choose to garnish with a lemon twist or cocktail onions, and early on bartenders garnished with all kinds of delectables they had available. So it’s not the olives that make a Martini.

So we considered that it was the glassware that was used. The classic Martini up-glass is highly indicative of this drink, so much so that any beverage served in this style of vessel can have the suffix –tini added to it at a whim…and so we get the chocotini and the appletini and surely many other –tinis that bear no relations whatsoever to an actual Martini. But when we went to the tasting portion of the show, Michael served one of his Martinis in a rocks glass and explained that this would have been the preferred way to serve it back when the Martini was new. So it’s not the glassware either.

We have no idea what makes a Martini a Martini, so much so that if you ask a bartender for a Martini she will have no idea what you want and likely has her own assumptions about what a proper Martini is. From what I can tell, what defines a Martini most is our need to have one in our menagerie of available cocktails. We change it to fit our cultural values, but we never set it aside, leave it behind or forget about it like so many classic cocktails have experienced in the past. It is always there, even though what it actually is changes from decade to decade.

Because of the spirits and cocktails revival we’ve seen in the recent 15 years combined with the constant social media feed acting as the wallpaper of our lives we can see all of the perspectives on what a “true” Martini is from all of the expert and hobbyist cocktail makers and knowers out there. Our perspective relies less on knowing with certainty and more on comparing and discussing the possibilities. We’re fine letting the Martini be a ghost of all of those possibilities. Sure, make it with vodka, with or without bitters, all gin and screw the vermouth…Do whatever you like and call it what you will…just know that yours will definitely not be the last word on it.