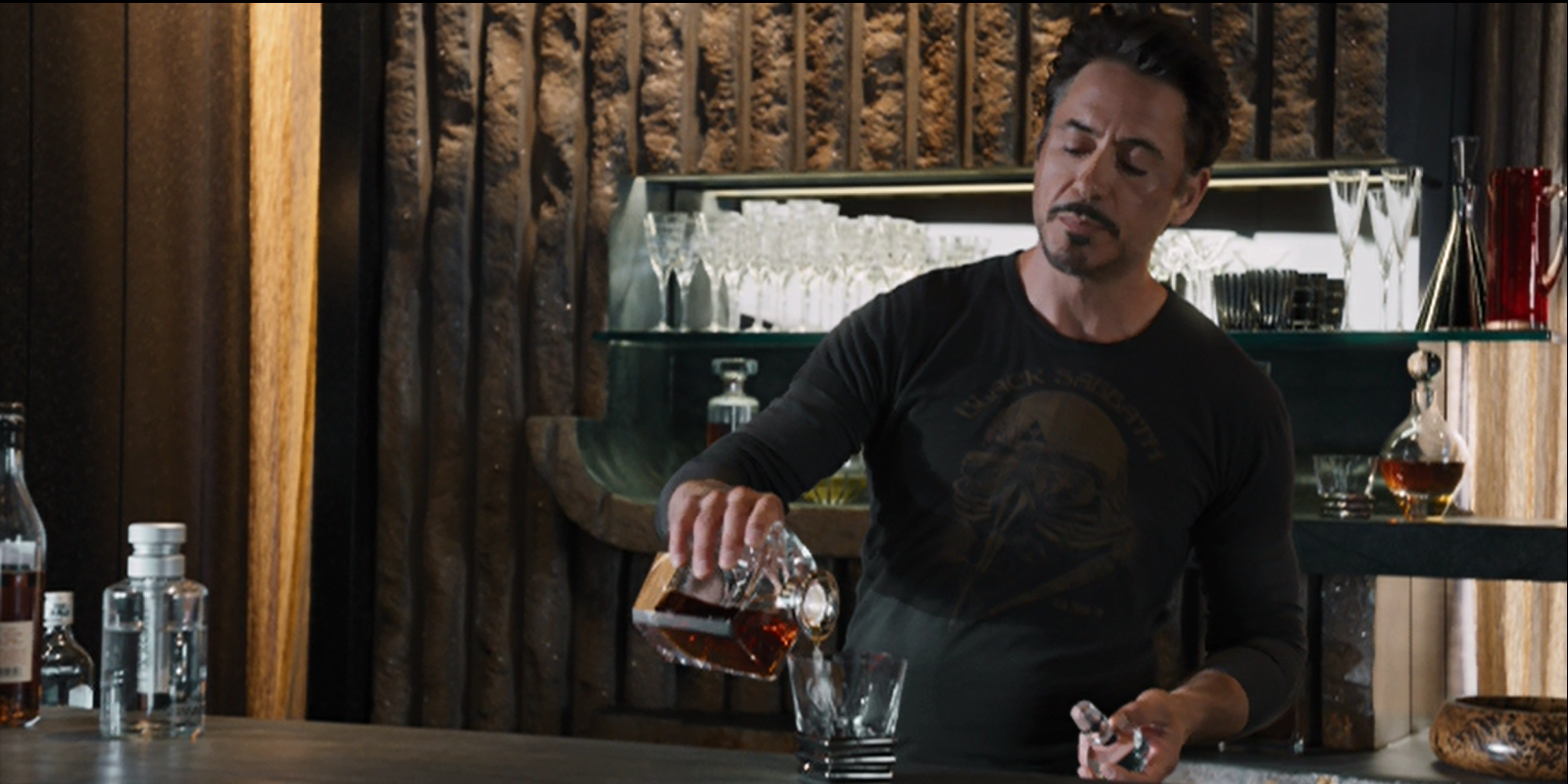 So this is the first film where we get to see the heroes all together. Frankly, as long as Tony Stark is part of it, I expect there to be more drinking. And I wasn’t entirely wrong. All of the drinking and references to drinking revolved around Tony Stark except for one

So this is the first film where we see the heroes working together as the Avengers. We see how conflicting personalities can find common ground to work together against a common foe, but the stage is clearly set for deeper conflict.

We also get to know SHIELD more directly, how they operate and who are the leaders and that they have a gigantic airborne aircraft carrier. I’m excited to see more of them in their series

Now that the Avengers story is taking shape the specific characterization isn’t happening as much and as such the role of alcohol in the scenario isn’t as important. Of the heroes, only Tony Stark is motivated by booze and after the first two Iron Man films we are seeing it taking a back seat in his life. Clearly it is still something that defines him, as indicated by the full bar in his high rise New York apartment, but he doesn’t constantly have a drink in his hand at this point. He is never intoxicated in this film.

So much of the film takes place on the SHIELD airship I didn’t expect to see as much drinking in this one. The whole story is taking place under the veil of a global crisis…it’s not time to party. Only the blissfully unaware masses, such as those at the gala that Loki crashes, are enjoying alcoholic beverages

As of this time, End Game was recently released and the story has been wrapped up. I’m looking forward to seeing how the entire MCU unfolds