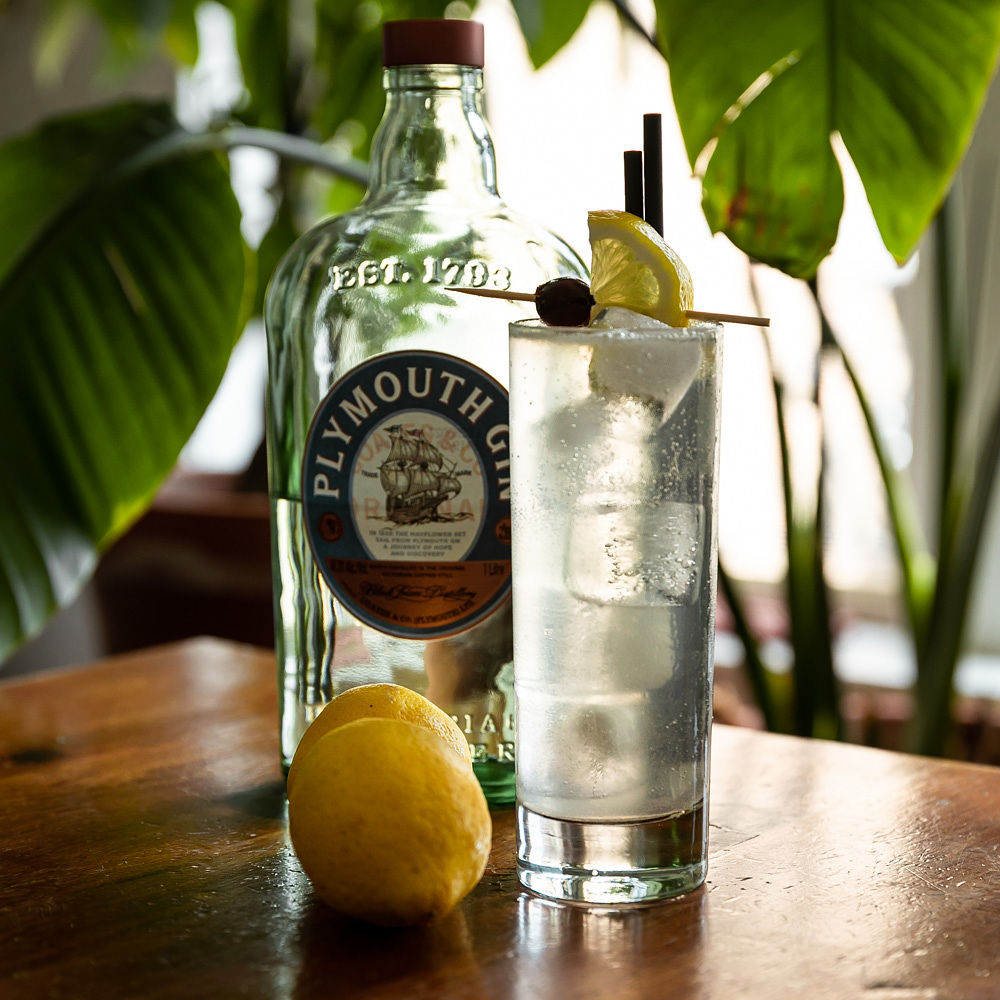 Researching the Tom Collins was extremely difficult with such a common name from the time, but Jay did his best and came up with some ideas.

The first reference to the Tom Collins drink that we found was printed in Jerry Thomas’ recipe book. However, another drink, the John Collins, with very similar ingredients seems to precede it.

“John Collins was a headwaiter at Limmer’s Hotel and Coffee House on Conduit Street in London and is credited with the invention of the Collins. Limmer’s Hotel is mentioned in Reminiscences of Captain Gronow … Being Anecdotes of the Camp, the Court, and the Clubs, at the Close of the Last War with France, written in 1814, and was clearly open for most of the nineteenth century, but it is unclear when John Collins worked at Limmer’s. An early mention of the drink in print, possibly the first, was in the Australasian Newspaper from Victoria, Australia on February 24, 1865. This was in reference to “that most angelic of drinks for a hot climate—a John Collins (a mixture of soda water, gin, sugar, lemon, and ice).”

Source: (2012). Collins. In The Oxford Encyclopedia of Food and Drink in America. : Oxford University Press.

So it seems that the John Collins came first, but we aren’t sure how the name changed. Common theory is that it started as the Old Tom gin version of the drink, but Tom Collins first reference, Jerry Thomas, doesn’t make that distinction. We would think that if he were be the one to make the distinction of the two drinks based on the gin he would have made that clear in his book, but instead it appears that he just changed the name.

Many people claim that the drink earned its name from the Tom Collins hoax that was popular in 1874. It is possible that Jerry Thomas changed the name from John Collins to Tom Collins in honor of the barroom shenanigans that swept the country, but there isn’t any evidence that links the hoax to the drink…neither is there evidence to the contrary.