Episode 30: Hitting It On The Head – Rusty Nail 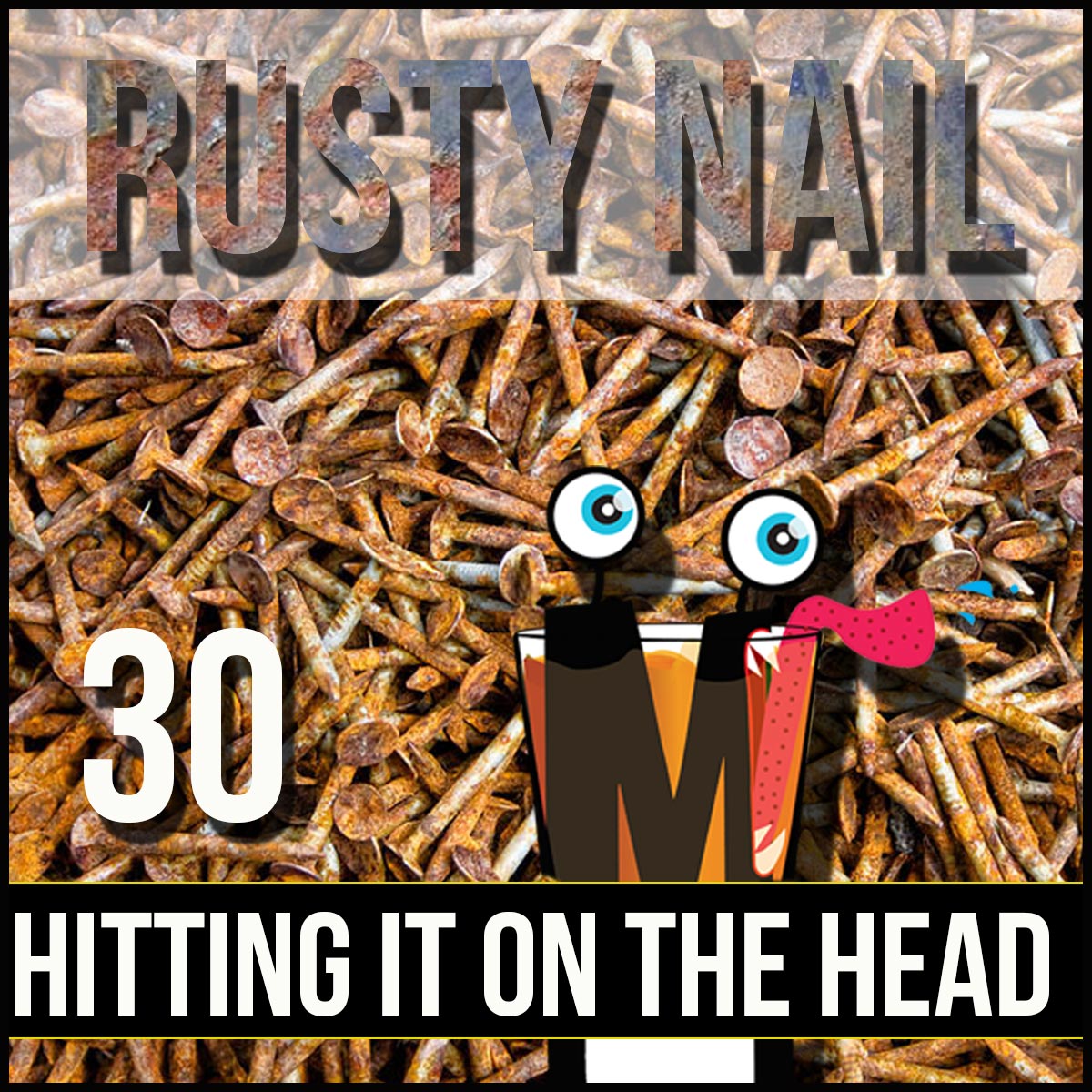 The Rusty Nail sounds like a rough cocktail, something that requires you to get a tetanus shot after you drink it. The ingredients don’t necessarily live up to the harsh name, but I hope you like Scotch! This drink is just Scotch, and the Scotch-based liqueur Drambuie for extra scotchiness and a bit of sweet. This cocktail, which really doesn’t start to appear with its dangerous name until the 1960s, involved a lot of piecing together and chasing legends to get the full story.

This is the first time we are talking about Drambuie, so we do a deep dive into its long history and heroic and medicinal roots. We look at the Drambuie story from its orgins with Bonnie Prince Charlie, the legend of how it got the name, and whether it was a favorite illegal import to the U.S. during prohibition.

Join us as we talk a whole bunch about Scottish stuff, the history of nails, and have our pal Science Guy call in to scare us about lockjaw.

Three varieties of a Rusty Nail at Ward Eight Evanston

Monster in a Glass
drambuie, scotch
Episode 29: How About Them Apples – Calvados Cocktails
Episode 31: By the Horns – Blood and Sand