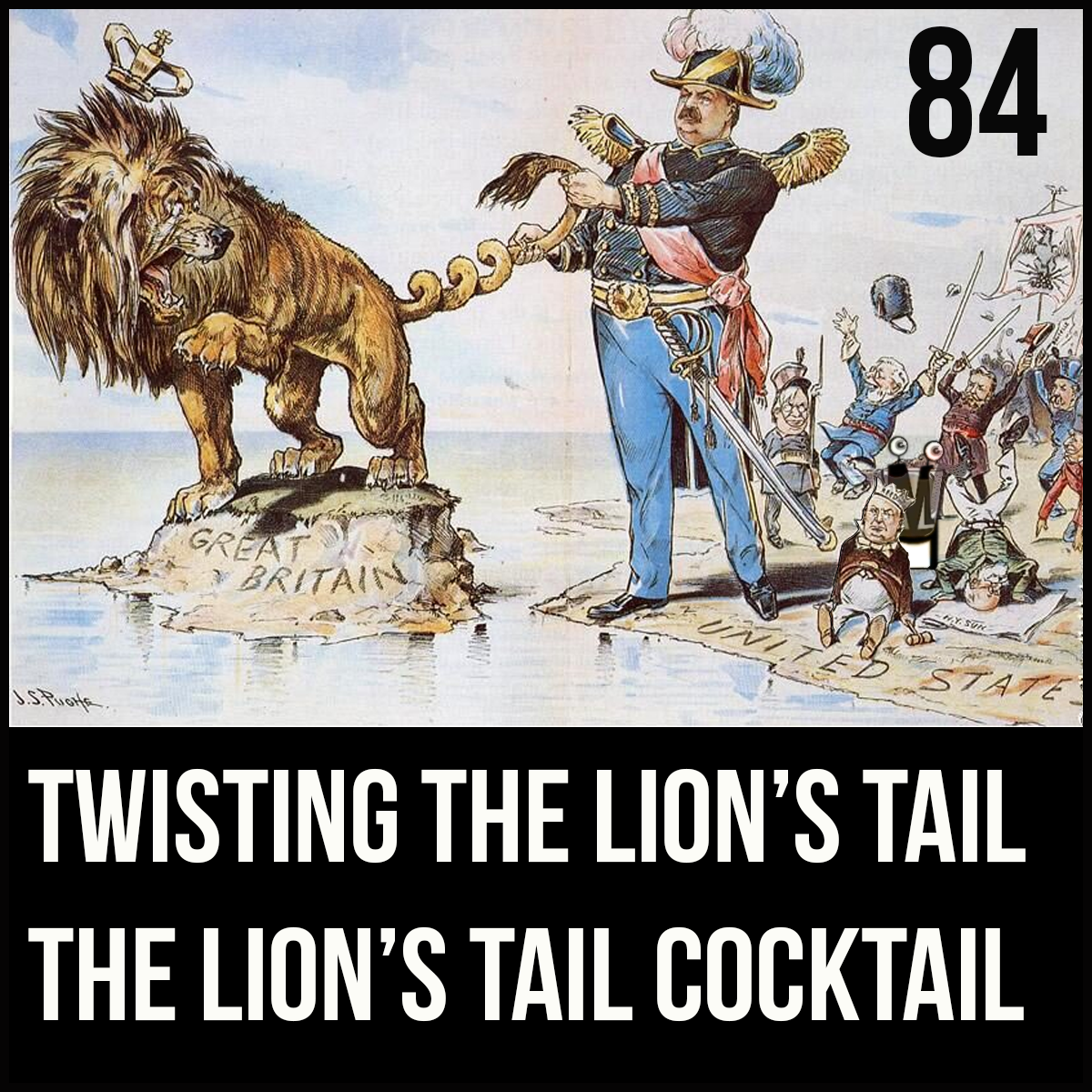 The Lion’s Tail cocktail is one of just many, many recipes originating from the Café Royal Cocktail Book (1937), that never really appeared again until very recently. Most of the ingredients are pretty standard, with the exception of Pimento Liqueur, more commonly known as Allspice Dram nowadays.

We discuss this rum-based liqueur’s Caribbean origins, strong Christmas flavor, and unusual pairing with bourbon instead rum. In this episode, the name of the drink leads us to a long history of the lion as a symbol of Britain, and a whole lot of twisting of its figurative tail.

So join us as we explore the use and origins of this phrase “twisting the lion’s tail” with the nineteenth century Irish on both sides of the Atlantic, a resurgence of the phrase in the 1920s and 1930s, and key points of Ireland’s relationship with Britain that led to all this talk about doing stuff with lion’s tails. The recipe is: