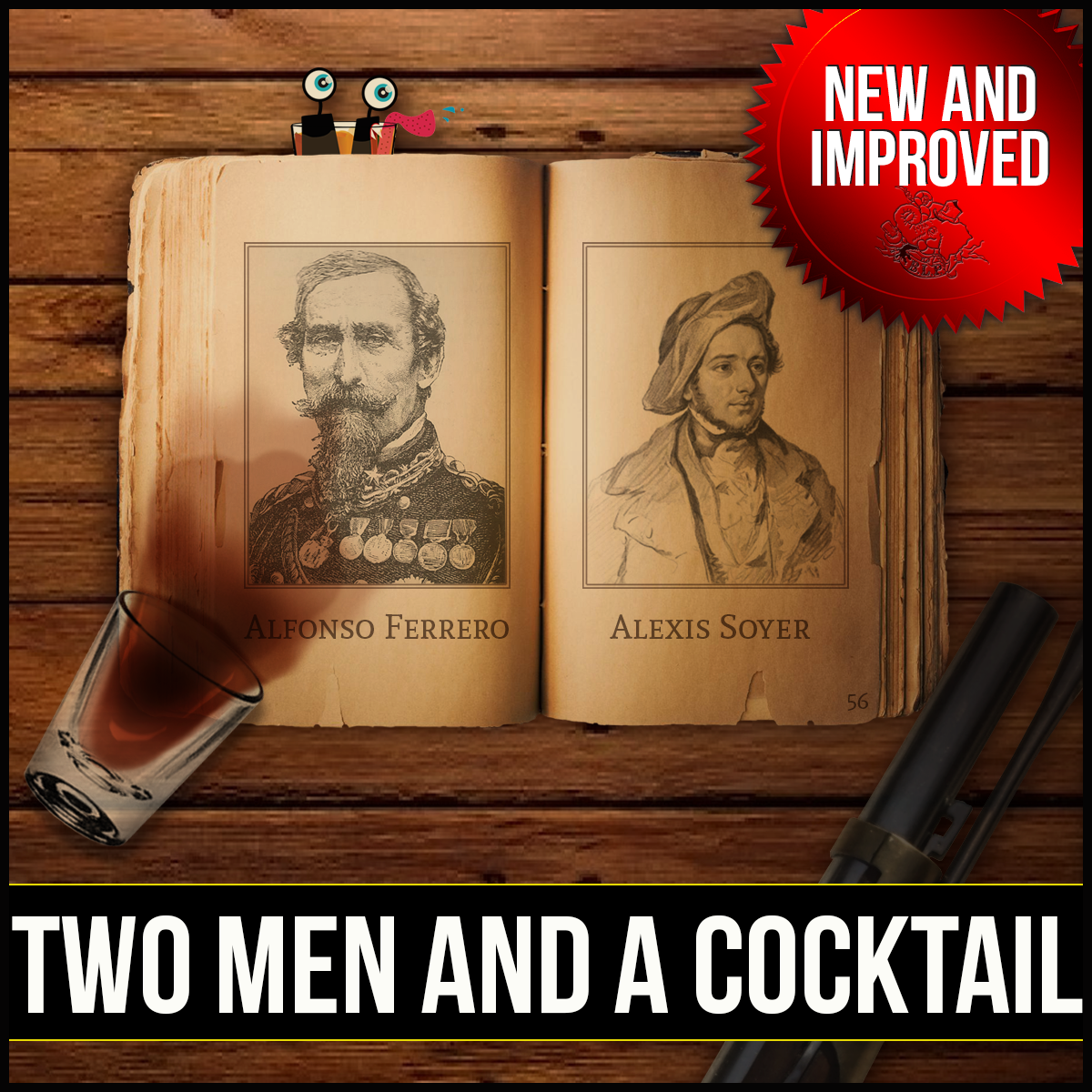 The Crimean Cup a la Marmora is a punch with a whole lot of ingredients. Rather than being dreamed up in a bar, this one was the work of Alexis Soyer, a famous 19th century chef. Soyer took an interesting path for someone who served as the chef to nobles in England. A culinary innovator, he is known for first using gas cooking, cold water cooled refrigerators, adjustable temperature ovens, and field stoves that were used in the military.

For someone who was the chef to the stars, he used his skills for the betterment of others less fortunate. During the Irish Famine, he set up the first soup kitchens in Ireland. Believing that all classes should enjoy the taste of their food, he wrote cookbooks for the wealthiest down to the working class. Hearing about deplorable conditions on the battlefield in the Crimean war, he volunteered to go out there and show troops how to cook and eat well on the front. That is where the story of the Crimean Cup a la Marmora begins.

Join us as we discuss the super-chef Soyer, Sardinian general and inspiration for the drink, Alfonso Ferrero Marmora, the Crimean War. We also taste a bunch of rum and something that tasted weird and had bits in it!

This is what Michael made us at the Brixton.  The ingredients were as follows:

This is one of the best drinks we have had since we started the project. It was sweet, but still approachable, being light with many flavors of cherry and citrus interplaying with the effervescence. Michael needed some extra hands to craft this one for us because of its complexity, but we all agreed it was simply fucking amazing. Rachel was scheming for ways to make this one at home.

All in all, this was the epitome of why I enjoy this project. The drink was fun to learn about and created a window into the past I had not known before. It was fun to make with ten ingredients and numerous steps, it challenged the bar staff but only enough to keep it fun. And, whether I like the cocktail is the least of interest to me, it was a delight to drink. This drink will be hard to top as we continue.