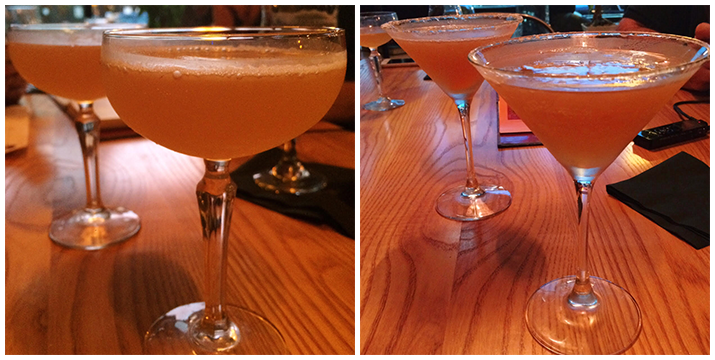 First off I need to apologize again for the background music in the front portion of the episode. Bad idea. And I can’t get rid of it without reproducing the episode…and who’s got time for that?

The Sidecar is another cocktail that spun out of WWI veterans in Europe and the rise of Prohibition in the US. Prohibition was being pushed through American government at the time causing American bartenders to flee across the Atlantic and begin work in European bars and cafes. Simultaneously, with the end of WWI, there was a concentration of soldiers from all over the world in France, England, Spain and Italy, and the Americans in particular were in no hurry to go home. These two variables served to create a fertile environment for the rise of American bars in Europe.

When you listen to the Sidecar episode you’ll hear us being confounded by the idea of American bars in Europe and what they were about. At the time we recorded this, we hadn’t connected all of the dots yet. We hadn’t realized that cocktailing was specifically an American habit and that an American bar meant it was a bar that served cocktails. We had recognized that American bartenders were preserving their careers by escaping to London and Paris, but we didn’t realize they were bringing something so importantly American to Europe and exciting the imaginations of Europeans even more about the “land of the free.” Subsequent episodes have completed that picture for us better, and as you listen to later episodes you will hear us as we discover these new insights.

Also I want to point out something from this episode that I think is extremely interesting about our process and how valuable diversity is to the production. Jay, Mick and I discussed the nature of the Sidecar’s name, trying to tease out why a drink would be named after a motorcycle accessory. It didn’t make sense to us. Not until we sat down to taste the drink at the bar did one of our team reveal a truly compelling hypothesis regarding the name. Where most of us work in digital tech, business management, or higher ed, Kevin has had more random hands on work and direct knowledge of tools and mechanization than any of us. Sure, most of us know from books and the internet how a combustion engine works, but we don’t know the practical usage and effects of that engine, the kind of knowledge one gets by actually working with an object.

Our show revolves around old world inventions and technology, coal, steam and steel; we have no idea what it’s like to work at a furnace or plow a field. Similarly, any time I’m going to talk about a motorcycle, it’s second hand information or pure speculation. Kevin is a motorcycle rider. He came to the tasting session with his own theory born from actual experience operating motorcycles and sidecars; that riding a motorcycle without a sidecar is very different from operating one with a sidecar, and that when taking a sharp turn and the sidecar comes off the ground the steering shifts mid-ride…potentially causing the motorcycle and rider to crash. To me, this makes the most sense of all. Soldiers experienced in driving motorcycles would have been intimately aware of this circumstance; careful when riding with a sidecar because it will fuck you up. This idea is speculation and I don’t think we can really get at the meaning to naming a cocktail after a sidecar, but to me this makes the most sense, and will continue to share this insight as a possibility.

But what I learned most from this was that not only are we confounded by time in our understanding of the past, but also as our experience grows more different from our forebears we are losing true understanding of what it meant to be a human 100 years ago. I have said frequently and in different context that my father could make anything in the garage and could fix anything in the house, whereas I can build in digital space but can hardly turn a screw. Of course, time and culture progresses, but more than experiences just being different, we are losing understanding of the past in an unattainable way thereby making it harder to reference and maintain value for it.