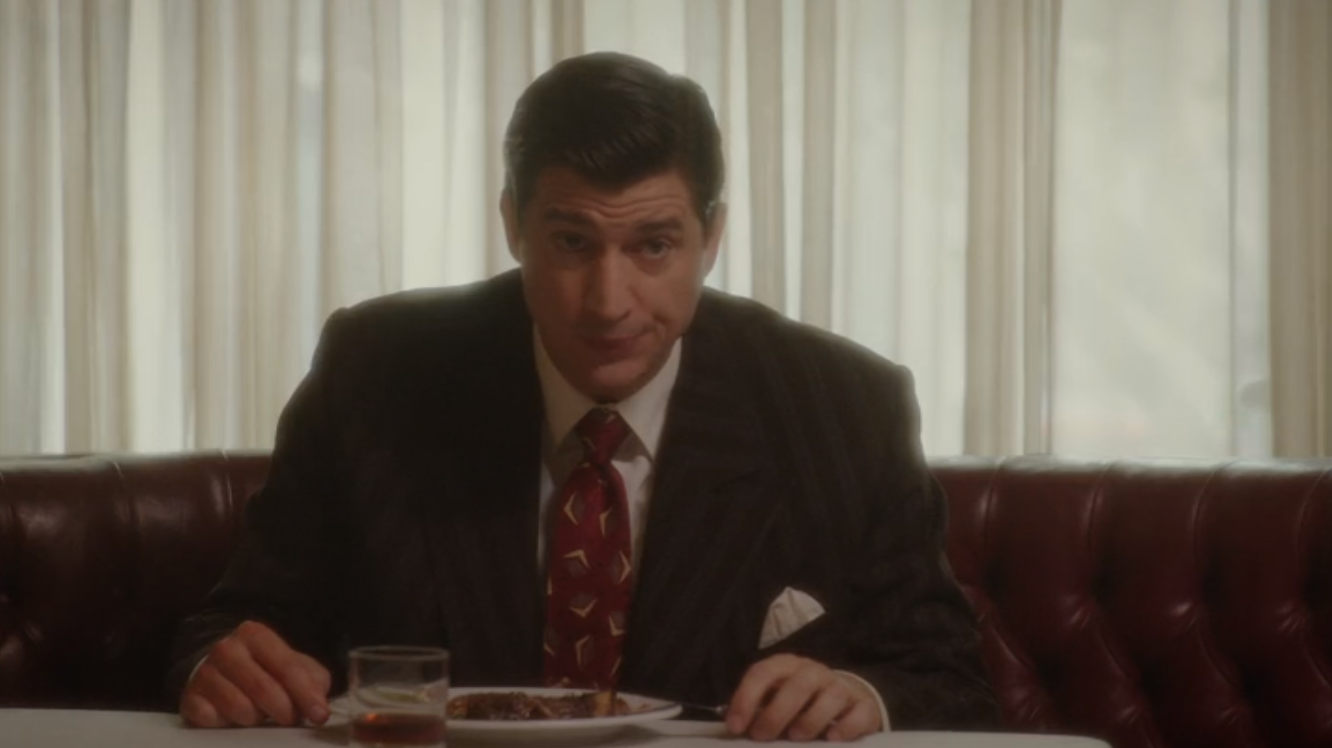 Here we finally see Peggy-Daniel-Violet love triangle sub-plot move along a little bit more wherein Violet recognizes how much Daniel really cares for Peggy. One thing I really liked about the development of this conflict is that nobody is a bad guy here. I feel like often somebody is considered a relationship wrecker or a cheater and that person is demonized. Somebody has to be the bad guy in these sorts of intimate troubles, but I think the truth of the matter in most cases is that people feel strong emotions and then they have to navigate them. Sometime people make bad decisions based on these feelings, sometimes people just stew in confusion, and sometimes people manage it and try to contain the potential damage. So I really liked that we see a more genuine struggle here that is complicated and doesn’t take the easy way out of defining any of the characters as the villain