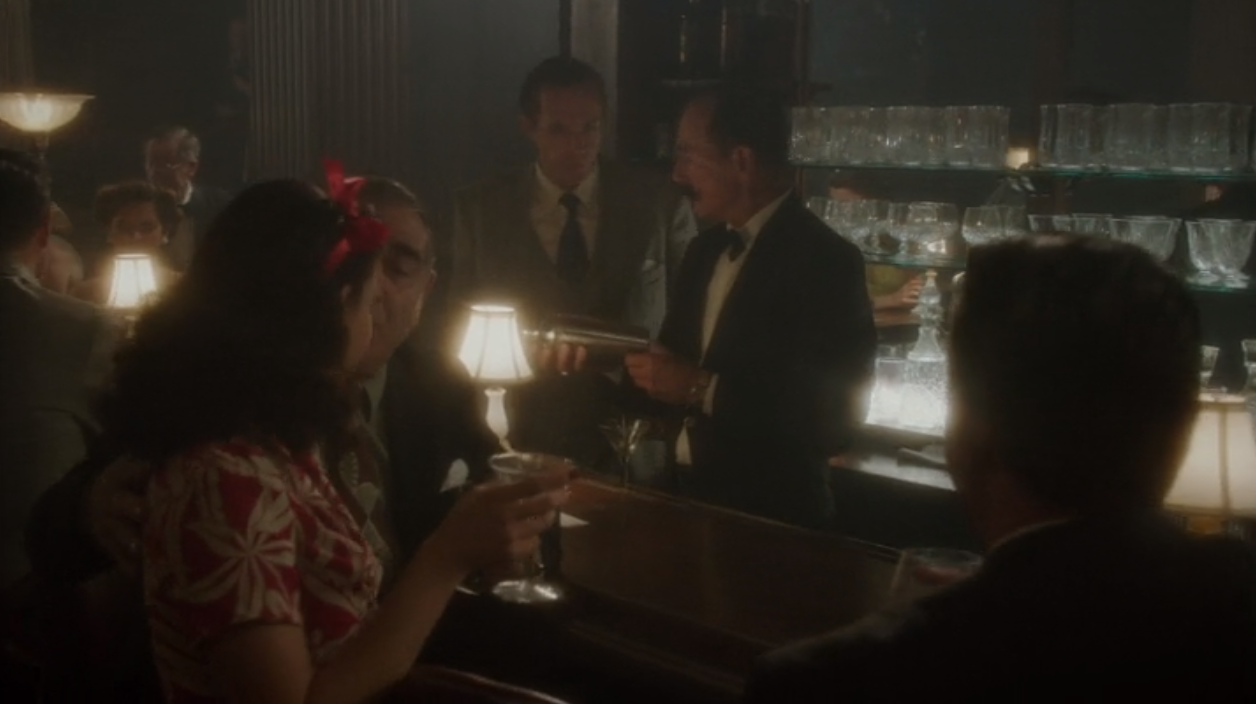 In this episode we learn the name of the gentlemens’ club that hosts The Council of Nine is the Arena Club and much time is spent there. Due to that fact and the presence of Howard Stark and his standard level of intoxication and how much he parties there is quite a bit of drinking in this episode. When Howard Stark goes to the Arena Club, it’s a booze apocalypse.